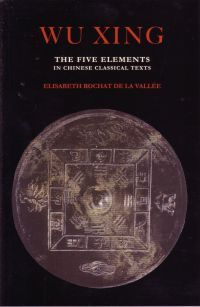 In the West, the concept of wuxing has been variously embraced or dismissed, often misunderstood, but never the subject of serious study in its historical context. this fascinating book traces the development of wuxing theory from its early beginnings - where we see the five elements in their literal sense, as the five materials necessary for survival on earth - to its incorporation into the sophisticated cosmological system of yinyang wuxing during the 2nd century BCE. Guiding us through well chosen chapters of the Spring and Autumn Annals and its commentary, the Huainanzi, and the medical texts of the Neijing Suwen, Elisabeth explains the development of these ancient ideas which provide such an important basis for zangfu theory within Chinese medicine