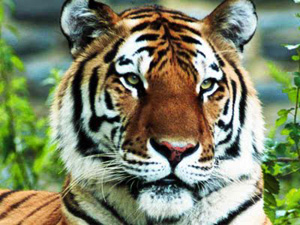 "Even though it is said that we should treat animals as humble and humans as noble, when it comes to loving life, humans and animals are the same. Injuring the other to benefit oneself, since all things suffer identically in their feelings, how could you consider humans as beyond this?"

Sun Simiao, known as China's King of Medicine also said, in his book of medical treatments, "To kill life to save life, this takes you even further away from life. This is the  supreme reason why in these formulas I have not used living things as medicine."

Despite this Buddhist-influenced view, a wide range of animal products has been used in Chinese medicine for over two millennia. Many have significant medical value and form an important part of the materia medica.

However, several animal species used in traditional Chinese medicine are now endangered. Others, for example the Asiatic black bear, are subjected to unacceptable suffering.

However much the use of these substances from threatened species  is valued from a medical, cultural or traditional point of view, there is no longer any justification for their use. The Journal of Chinese Medicine offers these pages to inform the general public about the richness of Chinese medicine while at the same time encouraging practitioners and users of Chinese medicine worldwide to refrain from using, and to actively campaign against the exploitation and endangerment of, these animals.